Basically, everything is the same except where you half hitch the cords initially.   If you are standing at the back of the loom the right side is half hitched around the castle upright just like on the Spring loom.  The left side is your problem child because it is where the dobby box sits.  I half hitch it out to the side along the upright that holds the dobby box.  It just looks weird but it works the same way. 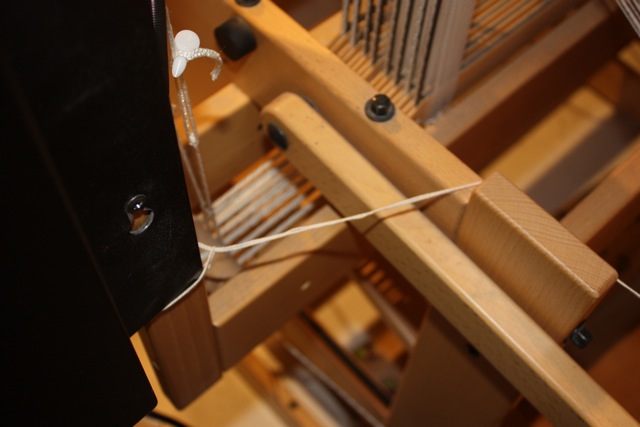 Congratulations on your new loom.